Many families worry about how to pay for college, and therefore the default position is for the aspiring student to apply to the local state university where the tuition has traditionally been much more reasonable. But the news coming out of the Golden State of California is downright distressing. Earlier this week Governor Jerry Brown announced a budget cut of 16% for these institutions of higher learning. California’s state university system, long the envy of the nation and the world, is in serious financial trouble.

The Chronicle of Higher Education lays out what these numbers mean – including a new selectivity rate for “Cal State” (University) at Long Beach that makes it as selective as some of the most selective institutions in the United States. I was shocked to learn that last year they had 62,000 applicants for only 6,250 slots. That’s a selectivity rate of less than 10%!!! The problem is there are too many local kids and not enough places for them at the same time the system itself is shrinking.

Furthermore, what does this mean for the future of California’s, as well as the nation’s, economy? Bloomberg News headlines read “College Cuts Imperil Dream That Fueled Silicon Valley“. This paragraph really summarizes how critically important this is:

“Now, as governments in China and India boost funding for expansion of their universities, Governor Jerry Brown’s proposed 16 percent cut in the higher-education budget jeopardizes the flow of talent that powers Google Inc., Apple Inc. and the rest of California’s knowledge-based economy. The elite University of California system may no longer be able to guarantee admission to the top 12.5 percent of the state’s high-school seniors. Annual tuition for residents, which was less than $4,500 a decade ago, is scheduled to rise to at least $11,124 in the next school year.”

Other states are also feeling the effect of budget cuts, including state universities in New York and Florida. And even those students lucky enough to do a degree in a public institution may find that their degrees take longer to earn because of reduced classes. Furthermore, the quality of instruction can change as class sizes dramatically increase.

So what should students and families do? How can we work at making college a financial fit? Look at private universities instead? That is an option, of course, but these options also have real sticker shock. In a revealing blog by Dean Sklaris called “The Dirty Little Secrets of College Admissions“, families need to understand that the ability to pay is often a factor in admissions decisions. If you read the first 80% of this blog only, you will most certainly be discouraged about paying for college and wonder if you’ll ever be able to finance it without selling a kidney!

One thing I can declare with certainty is that the college admissions process is not what it used to be. Back in my day, when the earth was still cooling, I applied to two schools and was admitted to both. It did not occur to me that they wouldn’t want me. I don’t remember my SAT scores, but I do remember I did not prepare at all. I just showed up one Saturday morning with two, number two pencils. And guess what? I got into both schools. Those simplistic days of college admissions are gone.

If the search for financial assistance is important, then it’s better to understand how this all works and fits together sooner rather than later. It’s important to understand terms such as  “net tuition revenue“, institutional need, enrollment management, and institutional goals. In other words, how does the admissions process positively affect the needs of the college? And how does the college admissions process positively affect the life of the student?

I always tell the families with whom I work that the “college list” we assemble together can be based on a number of factors important for “fit and match”.

But there is no such thing as a tooth fairy that puts money for college under our pillows. Therefore, there is no shame in admitting that college needs to be a financial match as well. 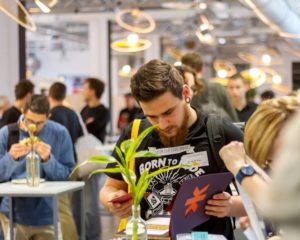 Want to Play Intramural Sports in College? Here’s how!

There is quite a difference between playing a sport in high school versus college. Not every student-athlete goes D1 nor gets the opportunity to play a varsity sport for an…