From FIGT: “With this issue of FIGT Connections, we are introducing a new feature called “FIGT in Action.” FIGT members and conference attendees are welcome to share their own story — personal or professional — of learning or experiencing something from FIGT interactions, and how they have encountered or applied it in their own world.”

I’m still basking in the afterglow of the Families in Global Transition conference held in the Washington, DC area last week. The theme of “Finding ‘Home’ Amidst Global Change” was clearly evident from start to finish. Every single moment and event of the conference was like a homecoming – warm, embracing, inspiring, moving, and insightful. As FIGT President Killian Kröll so eloquently and accurately stated in his opening remarks, “We will be challenged to think about ‘home’ in terms of ethnic identity, literary perspectives, business practices, intergenerational communication, non-Western approaches to building community, volunteer organizations, and the ritual act of saying goodbye and hello.”

What always impresses me about FIGT every year is the incredible assembly of talented people gathered together from around the world. In many ways the conference is a “Who’s Who” and “Hall of Fame” of cross-cultural change makers and thought leaders all rolled into one.

Teja Arboleda, president of Entertaining Diversity, Inc. which focuses on diversity and inclusion programming through entertainment, kicked off the conference with his fantastic autobiographical performance of “Ethnic Man!”, which engaged and entertained the audience with his own story of multicultural diversity and search for identity. Though he had us in the palm of his hand, it was stunning to learn that he wanted to be with us as much as we were pleased to have him present. As he was performing, I was thinking of the many TCKs I work with who also have vastly multicultural backgrounds and how his story of cultural identity, moving, transitioning, trying to find a place where one can fit and belong is, in many ways, their story, too.

There were many published writers present, and the bookstore was perhaps the largest curated collection in one place of books about expat life, transitions, TCKs, cross-cultural anthologies and a few novels, counseling and more – most of which were authored by conference participants. It was especially exciting to see Eva Lazlo Herbert, co-editor of The Worlds Within: An anthology of TCK Art and Writing: Young, Global and Between Cultures, present to sign stacks of this recently published treasure. (The other editor, Jo Parfitt, was not able to attend this year.)

As the conference unfolded, each event seemed to outshine the previous one, and made me think, reflect, and re-examine what I thought I knew. As a few people noted, the sessions were a combination of content and heart; information and emotion. My biggest frustration was that I could not attend all the sessions offered! But those I did attend, remained with me for days afterward as I replayed them in my head.

In particular, the session by Chris O’Shaughnessy, “Changing Our Concept of Home to Find Hope”, used stories and emotion to talk about creating a sense of home, belonging, and community wherever we go. I was inspired to get back into the game myself and work on creating that feeling of community again when I return to my own new adopted home. I know that I often get busy or distracted, and find a host of other reasons why I don’t always do what I could be doing to build community and connections around me. His message was also relevant for the students I work with who are headed off to college or forging their way into the big wide world of work and young adulthood: “Don’t just look for community – create it!”

EVERYONE HAS A STORY

The closing event was led by a psychologist and former international school counselor, Doug Ota, who has his own story of ethnic diversity and lifelong exploration of culture, belonging, and identity. His keynote, “Don’t Leave Without Taking Your Vitamin ‘G’: Why Goodbyes are Good for You,” was outstanding, leaving us all a bit stunned at the end by the emotional journey he had taken us on. His new book is Safe Passages, How Mobility Affects People and What International Schools Should Do About It, and I am already reading it with enthusiasm. I also bought multiple copies of the book to send to some friends of mine in the world of international schools as well as some therapists I know who work with teenage TCKs. His theories about attachment styles really resonated with me, and I was reminded of individual students by name who have struggled with the loss and grief that comes from having said too many goodbyes and not enough hellos.

In closing, Doug Ota said that this conference has to be the safest place in the world to explore these complex feelings of home, belonging, identity, our place in the world, our attachments, our losses, and our joys. He described telling his wife that he had to come back to this conference, for it was time for him to go “home” again to be with like-minded people.

And it was so true – this small, intimate gathering of about 150 people, inspired by Ruth Van Reken around her own kitchen table 18 years ago, is a homecoming. It’s a place where you don’t have to explain yourself, your background, or your differences – unless you want to. And since everyone in the room has a unique story to share, it’s also the one place where everyone wants to hear it.

We want to hear your unique story…please share it with us. 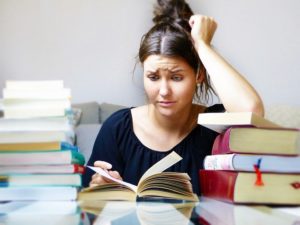