5 Tips for Surviving THE WORST ROOMMATE EVER, Part 2: The Best Friend/Roommate Tango

Congratulations! You survived your freshman year roommate, and you have graduated onto sophomore status… This means parties in the quad, later class times in the morning, and looking at those incoming freshmen carrying 50 pounds worth of books in their backpacks thinking, “Aren’t they so cute at that age?” This also means the time has come when you can pick your own roommate.

By this time, you most likely have that person you do everything with… you to go your meals together, walk to class together, go to the library together, and go to parties together… you’re pretty much attached at the hip. That’s awesome! This is what college is all about.

Your first instinct when getting your roommate request forms will be to write your BFF’s name in with a permanent marker… but, that’s not always the best idea. Anyone who has ever been to college, or any other situation that requires you to have roommates, probably has a handful of horror stories in their back pocket about living with a best friend—either their own tales, or tales of a friend.

It’s a difficult dance living with a best friend. One thing I discovered in college—everyone is one annoying habit away from being on my s*** list. Living with people is a whole different ballgame, kids. Take it as a practice run for being married. Sometimes it can be the best thing ever, but sometimes your best friend can turn into THE WORST ROOMMATE EVER.

Here are some tips for surviving the worst roommate ever (or what to do when living with your best friend);

1. Stop the madness before it even starts- ask yourself these questions to see if you are compatible BEFORE you decide to live together.

You get the idea… The idea when looking for a roommate is not “we already get along together so well” but rather “we will live together really well,” which is a huge distinction. People have a lot of weird habits, and often times you don’t even notice until you live with them—even if you do hang out all the time. Things like dishes, laundry, and overnight guests have been the little things that have been known to destroy the best of friendships.

2. You’re going to get annoyed with them at some point- it’s inevitable. So, think of a system that works for the two of you to confront the other when habits get weird.

No matter what, I promise, you will get annoyed with your best friend while living with them. Whether she is too clean, not clean enough, chews too loudly while you’re watching TV, or her friends are over way too much, it will happen. And don’t think you’re immune to weird habits yourself. You have them too. Yea—news flash—drinking only half of your coffee everyday and then leaving it sitting out for a while is weird. And annoying. (I do that…)

So, when these things happen, and they will, discuss how you’re going to go about confronting them. Like I mentioned in my last blog “5 Tips to Surviving THE WORST ROOMMATE EVER” confrontation is not conflict—it helps prevent it! It’s so important to communicate about what is and isn’t working.

One thing that might be helpful is agreeing that all roommate concerns should be sent as an email. For those of us that get nauseous just thinking about confrontation, this has proven to work. While it could be viewed as a bit passive aggressive, if you agree to raise concerns via email in a calm, mature, and respectful manor, you might be more likely to raise something when you don’t have to do it face to face. It beats post-its on the mini fridge saying, “I hope you enjoyed eating my food last night, fatty”. It can also be seen as helpful in instances when you really have your undies in a bunch about something. This way, you can calmly write an email, go back, edit, and delete comments like “seriously, were you on crack while cooking in the kitchen last night?!”. This ensures that you don’t say anything you’ll regret (which is KEY when living with best friends).

3. Make sure to have things that are just yours.

I mean this in a number of ways. Having food in the fridge that is not open to sharing, having clothing that is off limits, but also, having activities that are just yours. Part of the hardship when living with a best friend is just the amount of time you spend together. You start to spend so much time with them that even the freckle in the middle of his forehead starts to annoy you. You’re not just hanging out with them every moment like you used to. Now, you’re also living with this person. It’s a lot for one person to handle… So having things that you do by yourself can be a life savor. Whether it is going on a run, or having a club or organization you belong to, having your own personal outlet can save your friendship.

4. Give extra positive feedback when they do something you do like.

This is one of the best ways to keep a positive energy in the room. If he does decide to finally clean the room, make sure you thank him for it. The worst feeling is when you try to do something nice for someone and they don’t recognize it. So, let him know that you appreciate him cleaning, and that it will be your turn next time. This way, you not only vocalize your appreciation, but you accept and state that next time, it’s your job.

Every time I suggest chore charts or roommate agreements, people roll their eyes. I know– it’s very soccer mom of me to even suggest it. But, failing to plan is planning to fail!! Just be prepared for the obstacles that you and your best friend will have to overcome while living together. Ask some friends that have had to do it already how they deal with best friend -roommate conflicts. While it might sound totally lame, agreeing on what chores you will do ahead of time might save you a great deal of grief down the road.  That way, you know exactly what is expected of you, and you don’t have any “I took the recycling out the last 4 times, it’s your turn now” nonsense.

Roommate agreements where you mutually agree to only have people over Thursday through Saturday, asking before people spend the night, or having study hours can save so much drama. Believe me—there is nothing more annoying than being kicked out of your room for a movie night when you were planning on writing your term paper. It also sucks when your roommate has a term paper but you finally have a movie night planned with your a new friend from your econ class! So kids, it’s all about communication. Talk it out, write it down, be considerate, and be willing to compromise.

Living with your best friend is one of the greatest experiences in college. It can also be one of the worst. Fortunately, most problems can be prevented with proper communication and a mutual respect for one another. It’s worth putting in the time and making super lame soccer-mom charts to make sure you avoid having conflicts. Remember what I said before—college can be the best four years of your life, but only if you make them so! So get some construction paper, glitter glue, and magic markers and go crazy! It is college, after all.

Kristina Grappo, who was always the world’s perfect roommate, is a 2010 graduate of Villanova University, a Third Culture Kid, and the daughter of this blog’s owner. She has seen her share of roommates and has found that as a recent grad getting on her feet, her life with roommates is far from over. 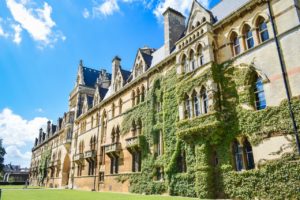 What to look for in an international school

As parents consider a move abroad, it is important to think about the educational opportunities for their child. Having spent most of my adult life working in or with international…